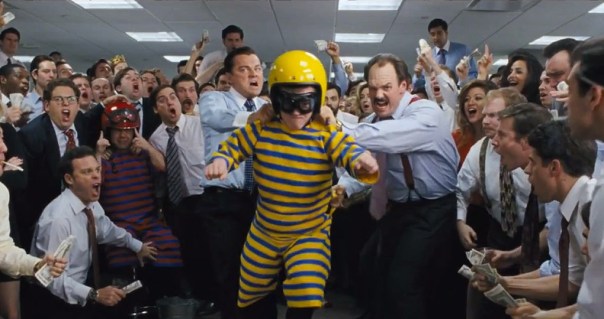 It doesn’t have quite the same ring to it as Henry Hill’s opening confession at the beginning of Goodfellas.  Scorsese’s seminal 1990 mob classic is the film to which The Wolf of Wall Street is compared the most, as both based on the true stories of men seduced by a decadent and corrupt lifestyle, and somehow emerge the other side of the inevitable fall, relatively unscathed and completely unrepentant.

Some critics have slammed The Wolf of Wall Street for glorifying unfettered greed and debauchery. I don’t have a problem with a film focussing on greed and debauchery, especially in Scorsese-world; after all, this is a director who has committed some of the most violent and repellent characters in movie history to the screen. My problem with The Wolf of Wall Street is that it is just an awful movie, and that I can’t forgive.